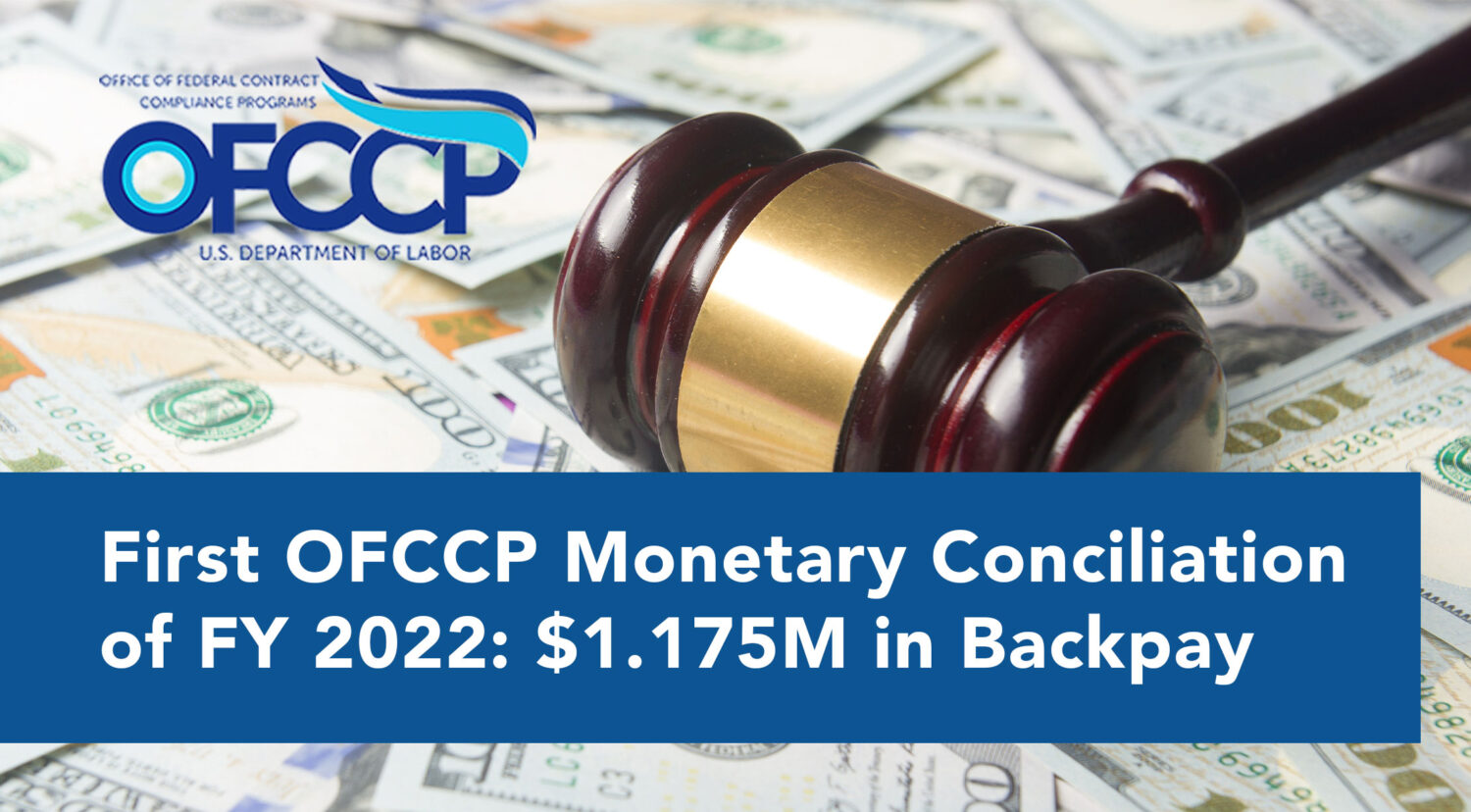 Are you overlooking the hidden costs of compliance missteps in your government contracts?

Here’s what you need to know.

Executive Order 11246 prohibits federal contractors and subcontractors from discriminating in their hiring and promotion practices on the basis of race, ethnicity, sex, and other protected characteristics. It also imposes specific reporting, auditing, and affirmative action requirements, including annual affirmative action reports.

In this case, AlliedBarton agreed to pay a staggering $1,175,000 in back pay and interest to settle OFCCP allegations that it discriminated against female, Black, and American Indian unarmed security officers from November 3, 2012, through November 3, 2014, at its 229 West 36th Street New York, New York location. The company paid persons in these protected classes less than their male and White counterparts by assigning them to lower-paying job-sites.

In addition, OFCCP found AlliedBarton to have logged several technical violations, including:

As part of the agreement, AlliedBarton will also be required to take several remedial measures including:

OFCCP’s agreement with AlliedBarton highlights several key lessons for employers to carry with them into the new year.

Unassuming policies and procedures can ultimately lead to systematic pay and hiring disparities. But the EEOC and OFCCP do not require discriminatory intent to levy charges and penalties for equal employment violations. Things like promotion decisions, performance ratings, access to training opportunities and preferred work assignments, and leave policies, can all lead to inadvertent systematic pay disparities.

In AlliedBarton’s case, assigning employees from a protected class to less lucrative job sites had the same impact as paying them less than coworkers at the same location.

Employers should also look beyond mere salary and wages in analyzing compensation practices. Additional incentives, such as vacation, expense accounts, access to overtime hours, and leave policies are scrutinized by the OFCCP in evaluating overall pay equity.

2. Federal contractors must self-monitor and audit hiring and pay practices

Federal contractors are required by OFCCP to conduct regular analyses of compensation systems to identify potential disparities. Audits must specifically analyze pay by job title, pay grade, or department to assess whether race or gender‐based compensation disparities exist. If after controlling for factors that could explain pay differences, significant pay disparities are found, employers may need to take steps to adjust pay or the underlying factors that are contributing to pay disparities.

In this case, AlliedBarton did not conduct regular audits to uncover problematic pay and hiring practices and was also found to be deficient in both its affirmative action hiring efforts. Simply complying with OFCCP requirements would have likely spared the company a costly investigation and settlement.

Establishing an effective self-monitoring system and conducting regular pay equity audits can help ensure that compensation systems do not result in pay disparities based on gender, race, or ethnicity.

The AlliedBarton conciliation agreement stemmed from equal pay disparities that occurred nearly a decade ago (2012-2014).  But this obviously didn’t deter OFCCP from making its point.

The agency has made clear that pay equity is a strong enforcement priority.  It also recently announced new requirements for ALL federal contractors to certify their affirmative action program (AAP) reporting through its recently launched online portal.

Now is the time to ensure that your company has the policies, procedures, programs, and reporting in place to avoid penalties and reputational damage that can ensue from an OFCCP investigation.

HR Unlimited has been helping federal contractors with their HR and OFCCP compliance needs since 2001. Contact us today to learn more about how we can help your business.