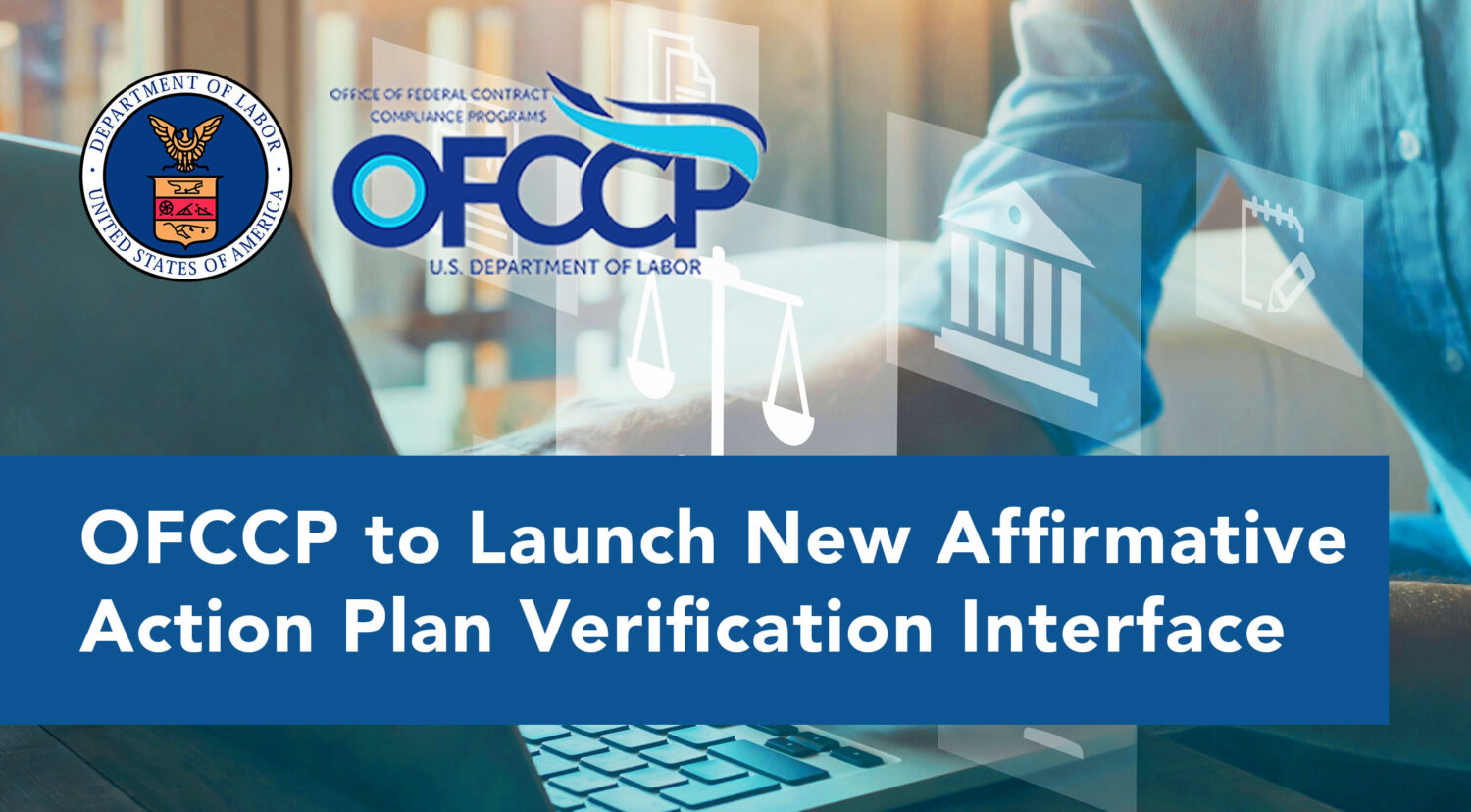 The Office of Management and Budget recently gave the Office of Federal Contract Compliance Programs (OFCCP) the green light to roll out its new Affirmative Action Verification Interface (AAP-VI).

The new AAP-VI system portal, although not yet active on OFCCP’s website, will provide a secure web-based interface for federal contractors to submit their affirmative action plans (AAPs).

Executive Order 11246, the Vietnam Era Veterans’ Readjustment Assistance Act of 1974 (VEVRAA), and Section 503 of the Rehabilitation Act of 1973 require federal contractors to take proactive steps in recruiting, hiring, training, and promotions to ensure equal employment opportunities in the workplace. As a result, contractors that meet jurisdictional thresholds must develop a written AAP and monitor and adjust AAP compliance efforts on an ongoing basis. For non-construction employers, the threshold requirement is generally 50 or more employees and at least one federal contract of $50,000 or more.

The new AAP-VI reporting system responds to a 2016 Government Accountability Office (GAO) report that criticized OFCCP’s AAP compliance shortcomings. Until now, only federal contractors who were subject to an OFCCP audit were required to submit their AAPs via mail or email. There was also no requirement for contractors to annually certify as to their AAP compliance.

For now, only federal contractor locations identified by OFCCP for audit will be required to upload a copy of their full affirmative action plans via the AAP-VI system. However, ALL contractors will likely be required to certify that they have developed or updated a compliant AAP on an annual basis. Although OFCCP has not yet stated whether such certification will be mandatory, the language in its recently published user guide indicates that certification of AAP compliance will be required as part of its System for Award Management (SAM) questions and declarations.

In addition, OFCCP’s Directive 2018-07, which sets forth OFCCP’s plans and objectives for the AAP-VI program, indicates that the annual certification requirements “could later take the form of annual submission of AAPs to OFCCP for review.”

The directive also specifies that failure to develop and update AAPs will likely be considered as a criterion in scheduling compliance evaluations, as not developing and maintaining AAPs “indicates a lack of commitment to comply with equal employment opportunity and anti-discrimination obligations.” As a result, federal contractors who fail to comply with AAP-VI reporting obligations may be more likely to be scheduled for a compliance audit.

How to Prepare for AAP-VI Reporting

OFCCP has not yet indicated a “go live” date for the AAP-VI, but OMB’s approval means that federal contractors can expect the requirements to soon be forthcoming.