How EEOC Reached $20.5 Million Settlement, its Highest in the Last Decade 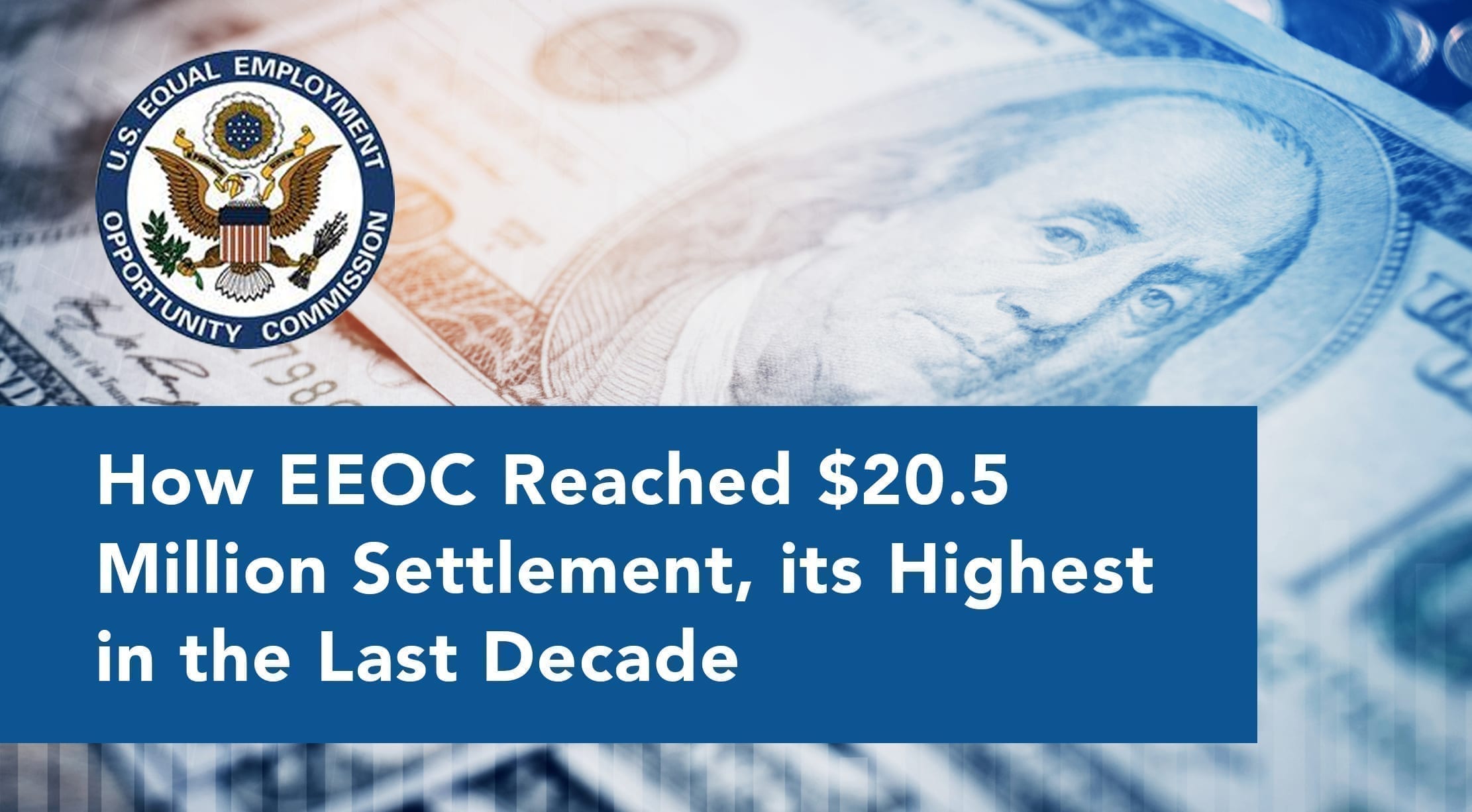 On January 9, the U.S. Equal Employment Opportunity Commission announced it had reached a settlement with Jackson National Life Insurance to resolve discrimination claims at offices in Denver and Nashville. The $20.5 million settlement marks the largest EEOC settlement in the last decade and the largest ever settlement for the agency’s Denver and Phoenix office.

“We hope that the results in this case will send an important message to the financial industry that race and sex harassment and refusing to promote and pay employees based on sex, race, or national origin are illegal and will not be tolerated,” EEOC Phoenix District Office Regional Attorney Mary Jo O’Neill said in a statement. “We are gratified that this decree will provide significant compensation to former Jackson employees whose careers were thwarted by these discriminatory practices. These former employees have been very brave to stand up for their rights.”

The settlement stems from a September 2016 lawsuit alleging the insurance company discriminated against female and African American employees in promotions and pay. Employees were also allegedly subjected to sexual harassment. The lawsuit also claims the company retaliated against employees who complained about the discrimination they experienced and witnessed.

According to the lawsuit, Jackson tolerated a work environment that was hostile to female and African American employees. Specifically, these women were referred to as lazy, subjected to racially demeaning cartoons, and even claimed to have stress balls thrown at them.

“Over 50% of EEOC charges contain a retaliation allegation. In this case, one white employee refused to write up black employees who had complained about discrimination, and he was fired the next day,” Amy Burkholder, director of EEOC’s Denver Field Office said. “Employers should bear in mind that retaliation is as illegal as race and sex discrimination.”

The settlement will provide relief for 21 former Jackson employees. The company is also required to designate an internal compliance monitor and retain an outside consultant to review its EEO policies, promotional and compensation practices and data, and future complaints of discrimination, harassment, and retaliation. Additionally, the company is required to train employees on discrimination, harassment, and retaliation.

Costly settlements like these can be avoided. Employers can take proactive steps to ensure they are complying with federal employment discrimination laws.

For example, preventing harassment starts with informing employees that harassment is prohibited. It’s also important to let employees know who they should contact to discuss harassment questions or concerns and assure them that they will not be punished for asking questions or sharing their concerns.

Additionally, after a complaint has been filed with the EEOC, the agency is willing to work with companies to resolve issues before they are exacerbated. The EEOC attempted to resolve the complaints against Jackson through a pre-litigation conciliation process prior to filing the lawsuit.

Our certified HR advisors at HR Unlimited Inc can help you save thousands of dollars in HR costs and penalties. Contact us today to learn more about the many benefits of our Affirmative Action Partnership!