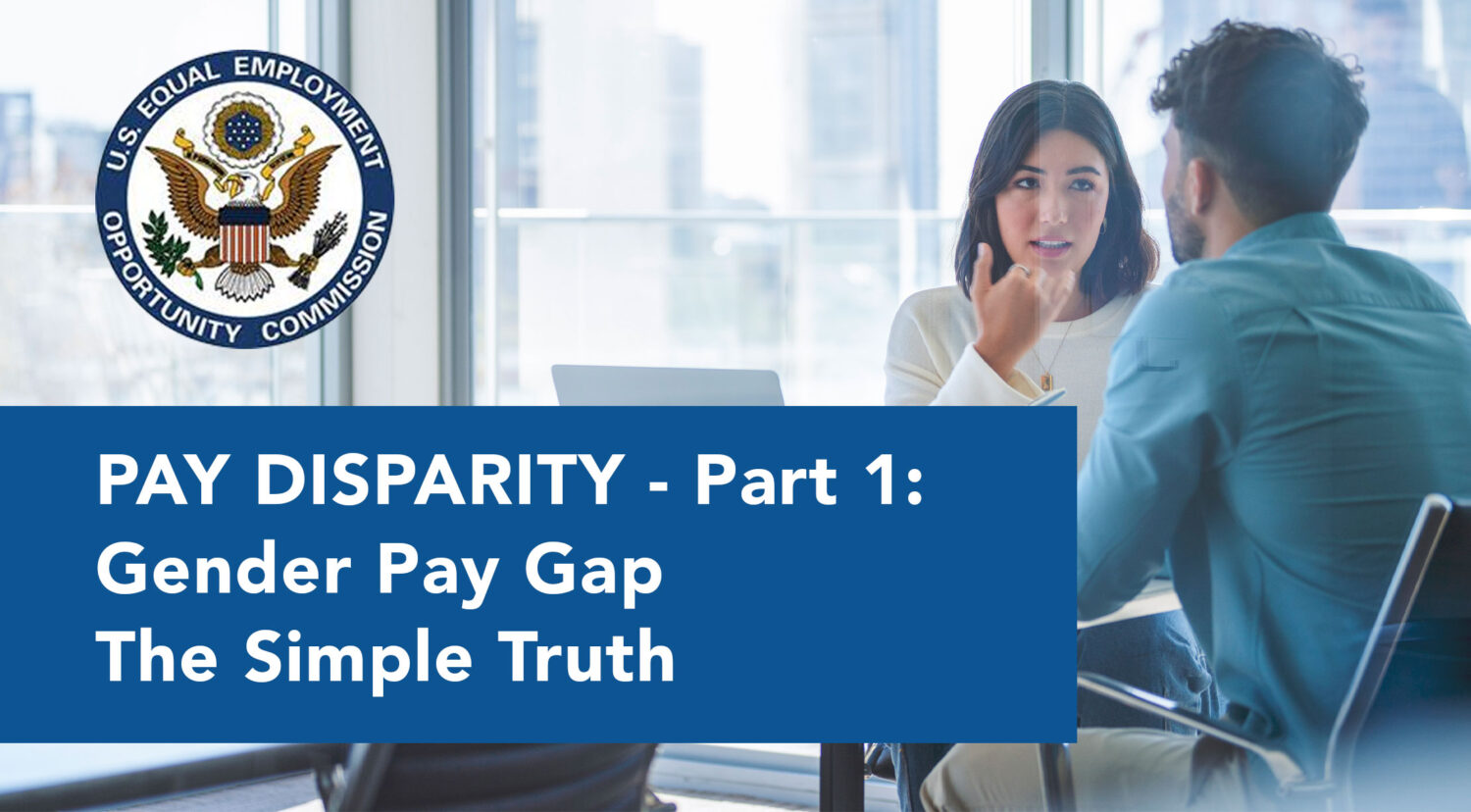 When I questioned my superior, a Vice President and Deputy General Counsel of the Corporation, I was shocked to find that he truly believed that equally qualified individuals performing the same role should receive different pay based on his ill-conceived notion of “fairness” depending on their personal situation. My pay was eventually adjusted, but how many other women were being deprived of equal pay based on similar flawed perspectives?

At that time, in 1986, women were making only 64% of men in their same field. When I left the corporate workforce 35 years later, in 2021, women were earning approximately 82% of their male counterparts’ salaries. That may seem like a big improvement, but over the years the gap has narrowed only half a percent per year!

At this rate, women won’t receive equal pay until 2059. Economists estimate that this gap amounts to lost wages for women of $700,000 – $2 million dollars in a lifetime.

Many studies have discussed the “legitimate” reasons why women make less than men, including education, job experience, and tenure, but why are some women less educated than their male counterparts? Why do they have less experience, less tenure? A deeper analysis would reveal that societal expectations, marriage, children, and perceived or real gender-based personality traits contribute.

For example, studies show that married women’s careers often come second to their male spouse’s, especially when the male spouse is the higher earner. Accordingly, the wife may become the “trailing spouse” when the partner is asked to relocate, leaving her unemployed, or in a new position, often at a lower salary. Motherhood, or “the Mommy Track” has an even greater impact on women’s salaries, with time out of the workplace to raise children, declining better-paying positions that require longer commutes or travel, and refraining from pursuing promotions, more stressful positions, or additional education.

Controlling for differences in education, job experience, tenure, job level, and industry, studies find that females are still earning only 82% of their equivalent male counterparts. Why?

Interestingly, one study shows that marriage does have a huge impact – on men.

Women of color experience the widest pay gap with Hispanic women making 55% and Black women only 63% of white males.

A recent survey showed that most Americans think that racial and gender bias (conscious and unconscious) are the primary causes of the pay gap. However, the primary factors impacting women’s wages are employer pay practices. Some pay practices may not be borne of racial or gender animus, but have an adverse impact on both groups. Practices such as prohibiting employee discussion of wages, starting pay based on prior pay rather than on what the job is worth, limiting raises to specified percentages rather than on market analysis, instituting “half-step” level promotions, and other similar treatments have perpetuated the gap.

In 1966 the EEOC began requiring Federal contractor employers to report employee data by job category, ethnicity, race, and sex. This was referred to as “EEO-1” data and became known as “Component 1”. In 2016 the EEOC decided to add pay data, or “Component 2” data to the EEO-1, with the purpose of identifying discrimination and pay gaps. This data is shared with the OFCCP for compliance evaluation purposes.

The first-ever collection of pay data was filed in 2019 for the 2017-2018 period. The EEOC contracted with National Academies to study this data and recommend its most effective uses and identify areas of improvement for future collections.

On July 28, 2022, the National Academies report was released. The report found significant pay gaps in the tech sector, with some companies having high pay disparities of approximately 52% for Black men, Hispanic females, and Asian females in professional and technical positions compared to white males.

However, the report also noted significant shortcomings in the data and the way it was collected, making it unreliable for an accurate analysis.

For example, only 58% of eligible employers participated, and for those that did, some data was incomplete, or inaccurate, mostly due to inadequacies in the EEOC collection format which used outdated, overly broad, and unspecified job categories and pay bands.

Furthermore, the data did not reflect total compensation, leaving out bonuses, commissions, and fringe benefits. Nor was the data identifiable by sexual identity, age, disability, or veteran status, making it impossible to determine discriminatory practices or wage gaps in these groups.

Next Steps: Another Pay Data collection?

The National Academies report made numerous recommendations for improving the quality and quantity of future data collections. However, EEOC Commissioners are split on whether to require pay data collection in the future, some recommending that EEOC undertake the formal rulemaking process before conducting another collection, which they did not do in 2016.

HR Unlimited, Inc. specializes in helping federal contractors and employers effectively meet their AAP and EEO compliance obligations. Please contact us to discuss any of your questions, concerns, or needs in this area.