The Future of EEO-1 Component 2 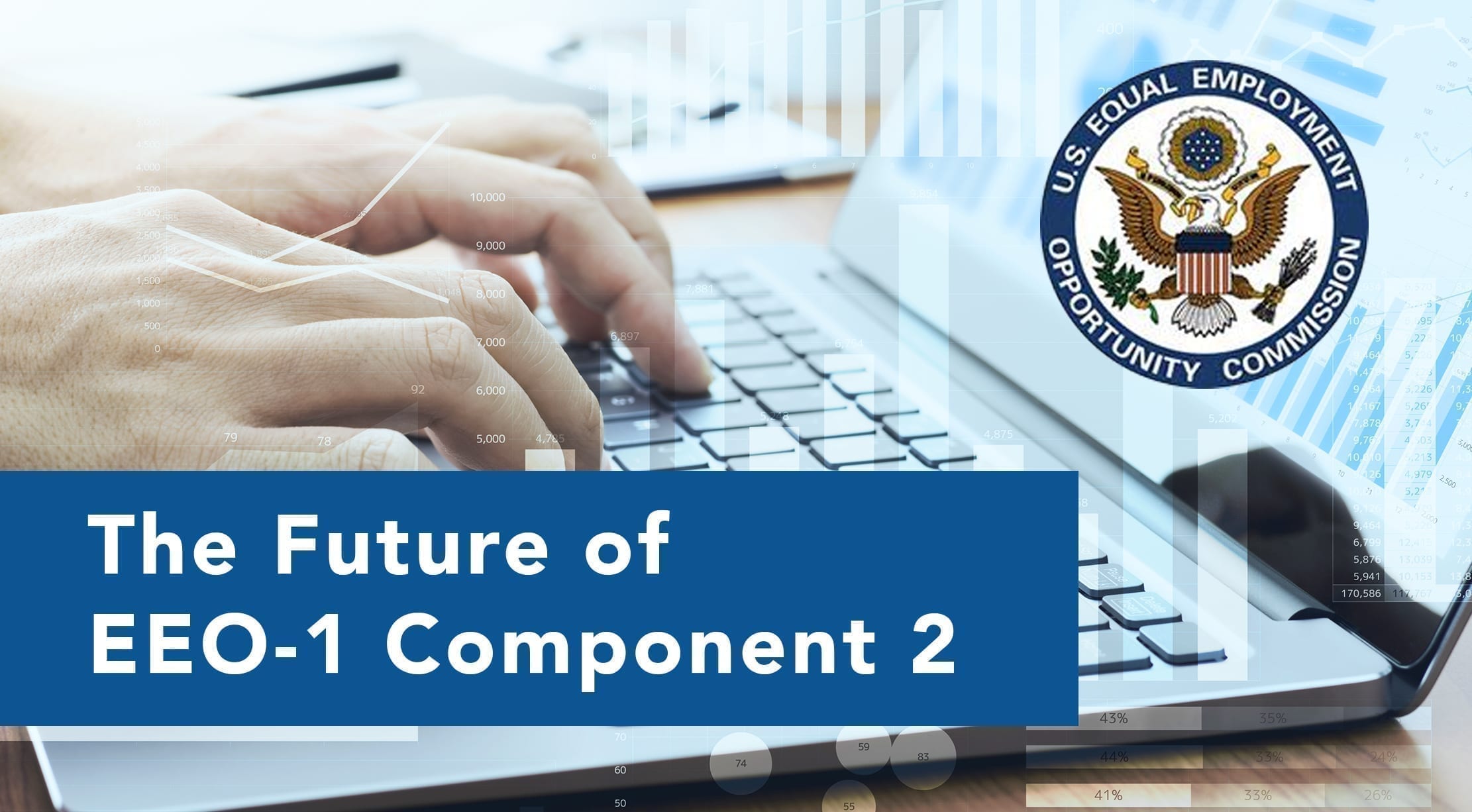 In September, the United States Equal Employment Opportunity Commission announced it was not seeking to renew Component 2 of the Employer Information Report (EEO-1). This portion of the EEO-1 filing requires employers to report employee compensation and hours worked, and many claim it places an unfair burden on employers.

The public has until November 22 to comment on the EEOC’s announcement, but in the meantime, the agency has been working to clarify its intention regarding Component 2. This month, it released more information on the Notice of Information Collection it filed on September 12 and further explained its decision to stop collecting data related to employee compensation and hours.

“Through the Presidential Records Act (PRA) of 1978, Congress established a process by which agencies must obtain approval from OMB to collect certain types of information from the public. As part of this process, agencies such as the EEOC must conduct their own assessment of the need for the information and the burden imposed by the collection. In 2016, the EEOC provided a burden analysis to OMB supporting its request for permission to collect Component 1 and 2 data. In the Notice filed recently, the EEOC updated this burden analysis,” the EEOC said in a statement.

Proponents of Component 2 say it’s useful in uncovering instances of discrimination, but opponents say the form is long and complicated and the EEOC agrees. The EEOC further believes that there will eventually be a replacement for collecting pay data. They are currently working on identifying ways to collect and “mine” data provided by employers. Utilizing the mining of pay data can be instrumental in analyzing claims across the US either on singular company or for trend analysis on type of claims.

“The revised burden analysis differs from the original burden assessment in that it analyzes burden based on the number of reports an employer is required to file. In 2016, the EEOC estimated burden at the individual employer level. In essence, the EEOC treated all employers alike when calculating burden – regardless of the size of the employer or the number of reports that an employer was required to file. Since multi-establishment employers are generally required to file reports for each of their locations (subject to size limitations) plus a headquarters and consolidated report, the amount of effort that multi-establishment employers must expend to comply with the EEO-1 data collection requirements is often greater than the effort expended by a single-establishment employer. This burden is magnified by the number of data fields required in a single Component 2 report (3,360 fields) versus a single Component 1 report (140 data fields),” the EEOC says.

The EEOC analyzed the total number of reports submitted by report type and file type, and then estimated an average burden based on the number and types of reports submitted. According to that analysis, the estimated burden associated with submitting Component 1 and 2 data would be $614 million for 2017, and $622 million for 2018. In comparison, in 2016, the EEOC estimated that the burden to employers for filing Component 1 and 2 reports would be $53.5 million for both 2017 and 2018.

Clearly, these two estimates vary wildly. As a result, the EEOC says that the cost of collecting Component 2 data outweighs the benefits. According to the notice filed last month, it will however continue to collect Component 1 data which requires employers to report the number of employees who work for them sorted by 10 job categories, race/ethnicity and gender

“Despite the significant increase in burden, however, the EEOC believes the proven utility of Component 1 to EEOC’s mission justifies its continued collection. The EEOC has been collecting Component 1 data from EEO-1 filers on an annual basis since 1966. Component 1 EEO-1 data serves as a valuable resource for EEOC’s analysis of industries and regions as well as for investigators in assessing allegation of discrimination. Therefore, the EEOC believes that the continued collection of Component 1 is necessary for the proper performance of the agency’s functions and fulfillment of the agency’s mission,” the EEOC says.

Employers with more than 100 employees are still required to report Component 2 data for 2017 and 2018. This includes data related to employee compensation and hours worked sorted by job category, pay band, race ethnicity, and gender.