Eradicate the Pay Gap and Effect of Past Discrimination in Employment 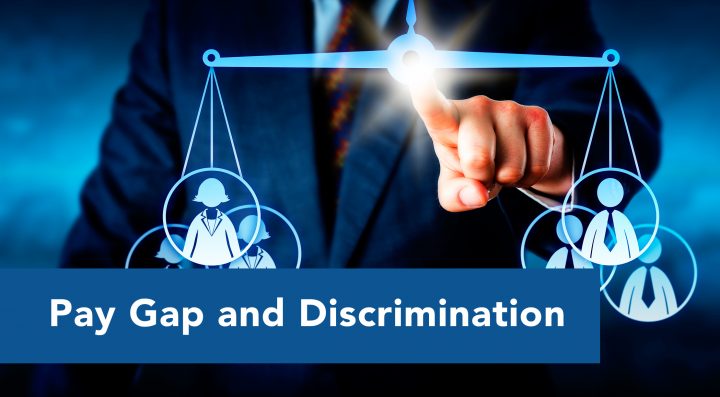 A recently released ECAR report indicates that the higher education IT field has failed to keep pace with other industries when it comes to diversity, equity and inclusion overall. According to the report, higher education IT lags behind the larger U.S. workforce in its employment of minority groups.

On Aug. 5, the Education Center for Analysis and Research also published a report looking at information technology salaries in higher education. According to the report, women continue to make significantly less than men in this area. In fact, female IT staff are paid an average of $7,023 less than their male counterparts.

So where can corporate leaders start? The bottom line is that employers must make a genuine attempt to eradicate the effect of past discrimination in employment which denied women and minorities the opportunity to advance in Corporate America. Here are a few ways Corporate America can close the pay gap and build a pipeline of potential leaders, especially for women and minorities.

As the saying goes, “you don’t know what you don’t know.” Under federal law, many businesses are required to keep personnel records, but there is a variety of employee data that every company should be keeping track of. Businesses need real time access to employee data related to hiring, salaries, demographics, and more in order to determine if disparities exist.

Can pay gaps in your company be traced to one or more managers who are regularly offering disparate compensation packages to new hires? Use data analytics to examine when and why employees are given raises. An analysis of the gender pay disparity in Montgomery County, Maryland, for example, found that 37 percent of the gap can be attributed to tenure and assignment differences.

Corporations must harness the power of their internal data to discover where and why wage gaps persist and take the necessary actions to either objectively justify or eradicate them.

The only way to eliminate pay disparities is for corporate leaders to ensure those responsible for making pay decisions understand that equality, diversity and inclusion are a top priority. Corporations should regularly educate those in human resources and supervisory roles about the importance of equal pay so that this philosophy becomes embedded into corporate culture.

However, more important than regularly conducting trainings is making sure these trainings are effective. An analysis, published by the Harvard Business Review in 2016, found that mandatory diversity training actually led to fewer women and minorities in management positions. That’s because, according to data from over 800 U.S. firms and interviews with hundreds of managers and executives, this training is often done incorrectly.

According to the report, “Three-quarters use negative messages in their training. By headlining the legal case for diversity and trotting out stories of huge settlements, they issue an implied threat: ‘Discriminate, and the company will pay the price.’”

The report concludes that in order to ensure diversity and inclusion training is effective, this training should be voluntary and rebranded so that participants don’t feel attacked.

One of the reasons pay gaps persist is because women and minorities often don’t have access to the same professional development opportunities as their male counterparts. This is especially true when it comes to mentoring, a valuable resource for professionals looking to climb the corporate ladder.

Due to systemic discrimination, Corporate America, like many other sectors of society, remains a boys’ club, and in most cases, this club is largely made up of white men. This means that white men continue to hold the majority of senior leadership positions in corporations and since research shows executives are more likely to choose proteges of the same race and gender as themselves, women and minorities often find themselves on the outside, looking in.

Without mentors or advocates in senior roles, women and minorities often struggle to excel. According to a July 2019 report by website Payscale, white men are more likely to have advocates than employees in other groups and these advocates usually correspond with higher pay. The report found that those with sponsors are paid 11.6 percent more than those who do not have a sponsor.  Additionally, the report indicates that women, especially black and Hispanic women, are the least likely to have advocates.

With this in mind, corporate leaders must take action to connect women and minority employees with senior-level sponsors.

By Ahmed Younies / 8.13.2019 / No Comment
Tweet
Related Posts
This Just In – OFCCP Just Mailed Scheduling Letters to Selected Federal Contractors To Be Audited
Pepsi Reminds Us to Be Careful With Background Checks
Selection process is key to OFCCP compliance and business bottom-line as well