Although we’d been working with data from the DOL’s Enforcement Database for a couple weeks, hats off to the consultants who beat us to publishing some of it. However, we’re going to take this data in a very different direction in the hopes we may really motivate contractors to get their ducks in a row. The different focuses which the other consultants and I have taken support each other, though, so I’ll start with a quick recap of their findings.

They discuss the increase in most types of violations. The bottom line is: Recruitment (with a large number of violations), Denial of Records or Access to Records (also in large numbers), and Salary Discrimination (relatively few numbers) have increased dramatically from between 200% to 600%! In addition to lack of Affirmative Action Plans and poor Recordkeeping, we know what the new problem areas are.

But who is being affected most, what does this indicate for why the new problem areas are causing so much trouble, and how do we fix them?

First let’s look at the “who”: On average, there has been a 20% increase in each industry in the number of violations compared to the number of audits. The below chart shows you the top 16 industries with increasing percentages of violations:

To start to see the story, compare this with the chart below (from which this one is derived). Although the FY2011 percentages are higher in general, the trendlines make it clear that the industries with nearly 50% or higher violations-to-evaluations are becoming the norm.

These two charts tell a very interesting story. On the one hand, they point out the industries with the least regard for upholding their AAP obligations as federal contractors. Maybe they didn’t see the EEOC clause in their award contracts. (More likely, they didn’t believe it applies to them and then forgot about it.) I don’t know. But the Construction industry as a whole doesn’t need to worry about increasing the number of violations they receive because they have no room left to get any worse. Agriculture looks like something terribly wrong has occurred in that industry, but they also were only audited 113 times during the entire four year period in contrast to Construction’s 1,751 times.

On the other hand, Healthcare and Social Assistance, Administration and Waste Management, Wholesale, Professional/Science/Technical Services, and Manufacturing all are industries that are regularly audited and have seen significant increases in the number of citations they receive with those audits. These industries did not historically appear to have significant issues, so something is happening here.

And this is comes somewhat to the “why” and “how” to prevent it. These industries were hit particularly hard by the increase in recruitment and denial of records violations. There are likely multiple factors: an outdated census, reduced turnover due to the economy reducing the opportunity to fulfill goals, not updating procedures because “if it isn’t broken, don’t fix it”, not proactively making “good faith efforts”, and failing to fully document these and other EEO/AAP activities.

If you work in one of those industries, ‘now’ is a good time to revisit your procedures, see if you are crossing your t’s and dotting your i’s, and perhaps talk with a pro to make sure you are covering all the bases. Although we’ll provide more tools (best practices which others are using) in the upcoming parts of this series, pay special attention to keeping proper records. The OFCCP knows the 2000 census is old. They know that some industries have lower turnover than others. They need to see that a) you can show them who is being hired, fired, and promoted (and why), along with who applied, and b) that you made a legitimate effort to reach out to underrepresented groups. If you didn’t record these things, how can you prove it?

This should not be done out of fear of audits and citations, but out of doing the right thing, fulfilling promised contractual obligations, and—YES—increasing your revenues significantly. We’ll introduce more data in the next piece that shows how fulfilling your Affirmative Action requirements isn’t just the right thing to do, but a smart business move.

If you’re one of those HR pros that has had difficulty getting buy-in for these programs due to the ‘expense’ of implementation, make sure to read the next week’s piece in this series! 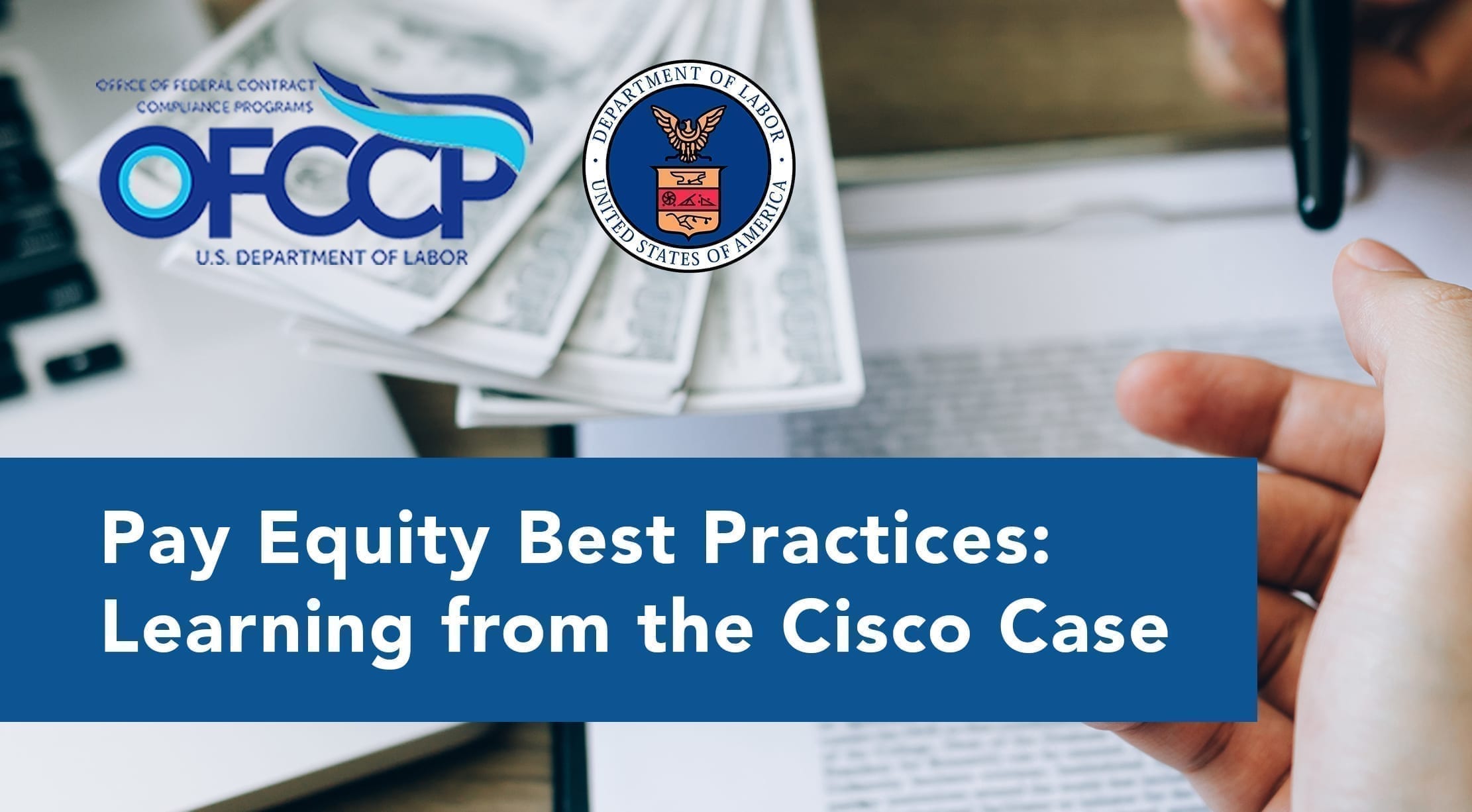 Pay Equity Best Practices: Learning from the Cisco Case
In With the New, But Not Quite Out With the Old